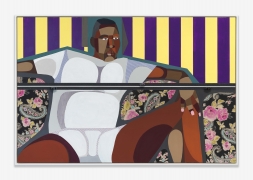 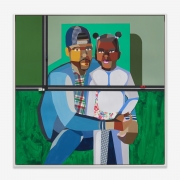 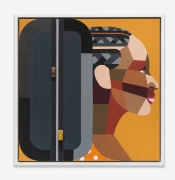 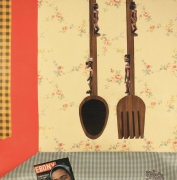 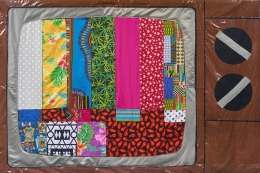 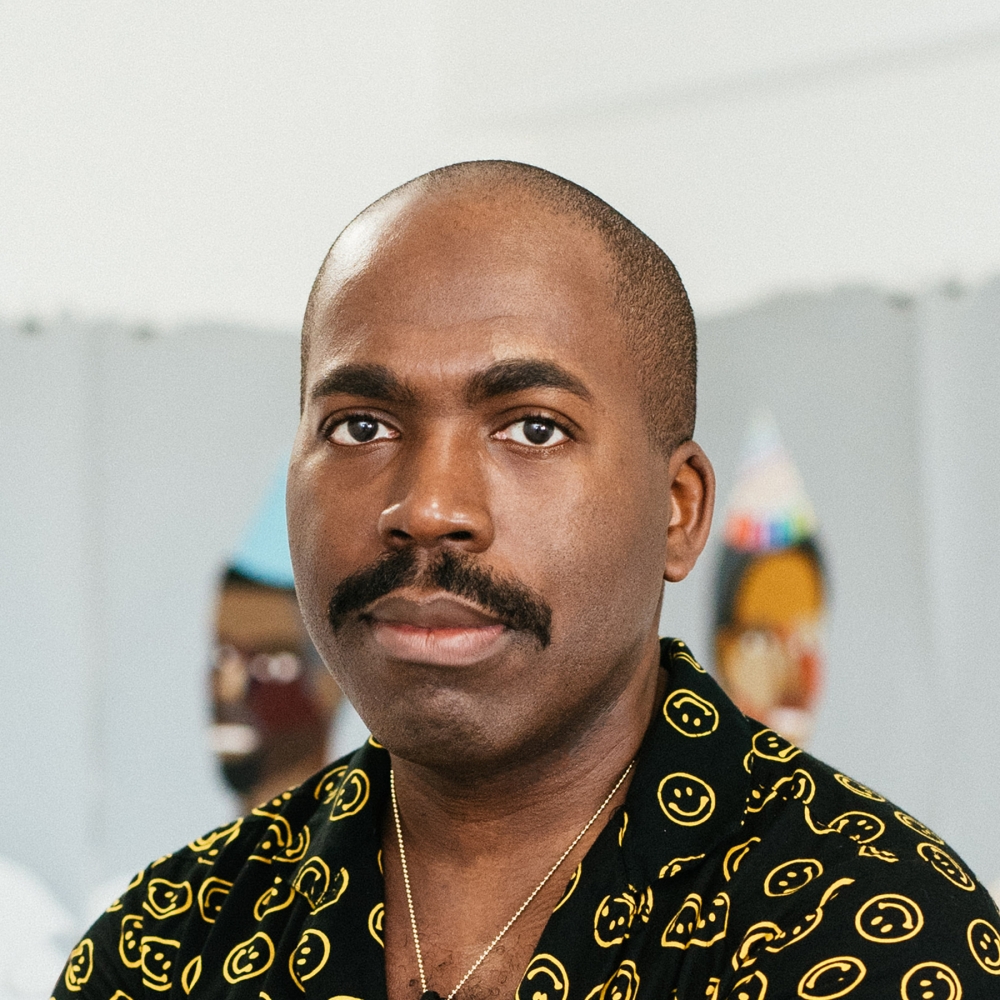 Brooklyn-based artist Derrick Adams creates layered portraits that deconstruct African American subjectivity as it ebbs and flows with the built environment of American cities.  Adams merges his subjects’ interior and exterior worlds, engaging the physical and ideological structures that inform their identities.  This negotiation occurs in an expanded temporality that elides historical and contemporary symbols of Black empowerment, and uses elements of material culture to project a future of expanded mobility, autonomy and freedom.  Through both large-scale installations and more intimate paintings and collages, Adams exposes selfhood and persona as constantly shifting phenomena whose oscillations mimic the way cities change and develop.

Adams’ practice is rooted in Deconstructivist philosophies related to the fragmentation and manipulation of structure and surface, and the marriage of complex and improbable forms. His tendency to layer, hybridize, and collage images, materials, and sensory experiences, links him to Modernist pioneers ranging from Hannah Höch and Henri Matisse, to Jacob Lawrence, William H. Johnson and Romare Bearden.

Adams received his MFA from Columbia University in New York and his BFA from Pratt Institute in Brooklyn. He is an alumnus of the Skowhegan School of Painting and Sculpture and Marie Walsh Sharpe Foundation’s Studio Program. Adams is the recipient of a Robert Rauschenberg Foundation Residency (2019), a Gordon Parks Foundation Fellowship (2018), a Studio Museum Joyce Alexander Wein Artist Prize (2016), and a Louis Comfort Tiffany Award (2009).  Adams has been the subject of numerous solo exhibitions, including Where I’m From—Derrick Adams (2019) at The Gallery in Baltimore City Hall; The Ins and Outs: Figures in the Urban Landscape (2019) at Rhona Hoffman Gallery in Chicago; Interior Life (2019) at Luxembourg & Dayan in New York; Derrick Adams: Sanctuary (2018) at the Museum of Arts and Design, New York; and Derrick Adams: Transmission (2018) at the Museum of Contemporary Art, Denver.  His work resides in the permanent collections of The Metropolitan Museum of Art, The Studio Museum in Harlem, the Whitney Museum of American Art, the Virginia Museum of Fine Arts, and the Birmingham Museum of Art. 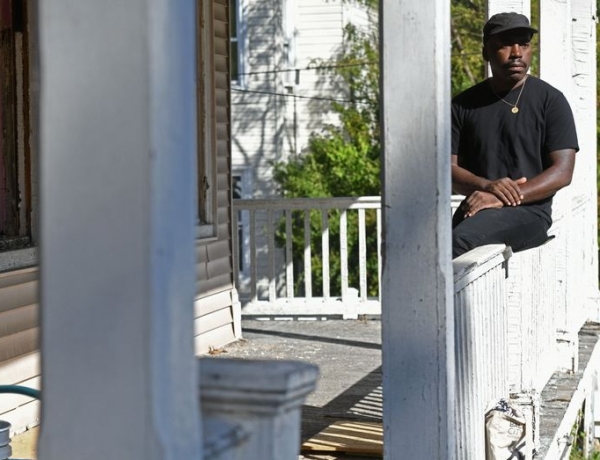 This Baltimore Native's art is Internationally recognized. Here's why his first local solo show is at City Hall

Adams discusses Where I'm From, his first solo show in his native Baltimore, and his plans to create a "bed and breakfast" artist residency in Baltimore's Waverly neighborhood. 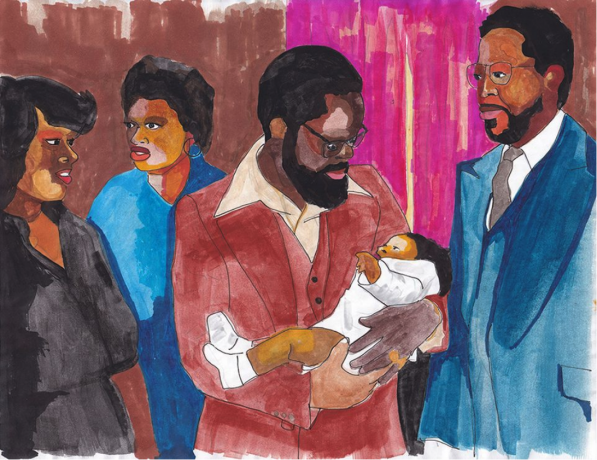 The Art Newspaper: In highly personal portraits, an artist speaks up for his native Baltimore

Review of Where I'm From, at the Gallery in Baltimore City Hall. 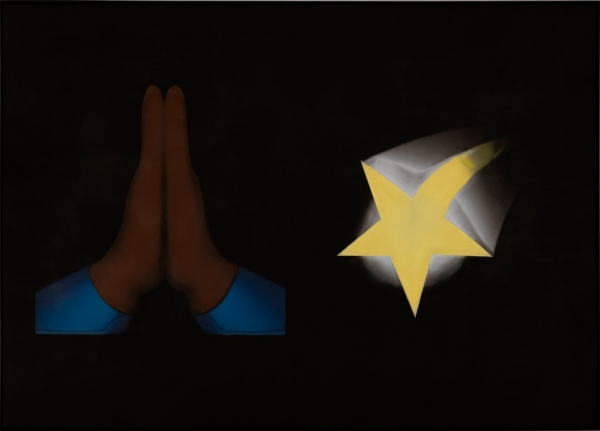 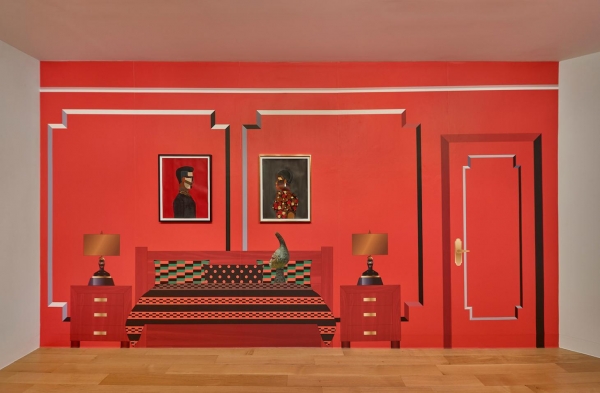 Wallpaper: The domestic world’s a stage for artist Derrick Adams 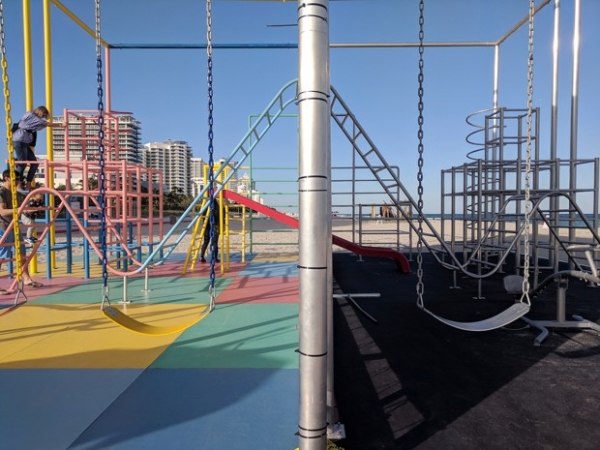 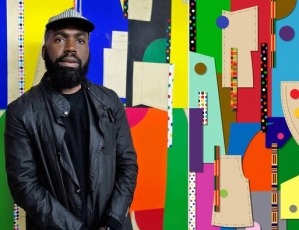 Derrick Adams unveils a seven-story mural at the Fashion Outlets of Chicago in Rosemont that is inspired by the late fashion designer Patrick Kelly. 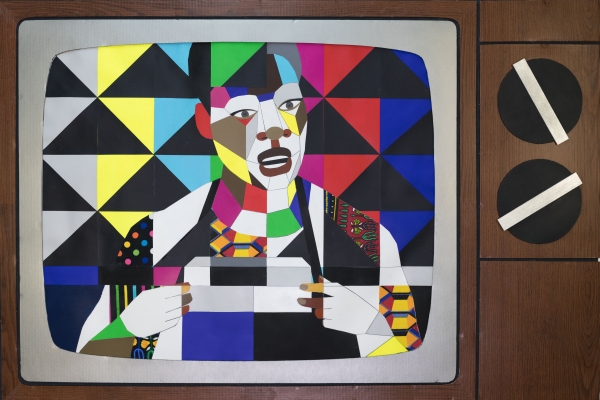 Review of Live and in Color at Rhona Hoffman Gallery.